We raise and sell registered Shetland Sheep,  Angora Rabbits,  Llamas,  Alpacas,  Angora Goats all for the purpose of creating fiber. All varieties of colors to choose from. Call for availability. 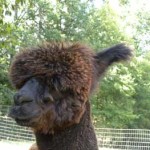 Alpaca – is the natural fiber harvested from an alpaca. It is light weight or heavy weight, depending on how it is spun. It is soft, durable, luxurious and silky natural fiber. While similar to sheep’s wool, it is warmer, not prickly, and has no lanolin which makes it hypoallergenic.Alpaca is naturally water-repellent and difficult to ignite. 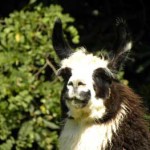 Llama – Llamas have a fine undercoat which can be used for handicrafts and garments. The coarser outer guard hair is used for rugs, wall-hangings and lead ropes. The fiber comes in many different colors ranging from white, grey, reddish brown, brown, dark brown and black. 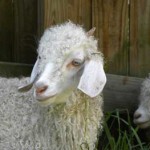 Angora Goat – The fleece taken from an Angora goat is called mohair. A single goat produces between four and five kilograms of hair per year. Angoras are shorn twice a year, unlike sheep, which are shorn only once. Turkey, United States, and South Africa are the top producers of mohair. For a long time, Angora goats were bred for their white coat. In 1998, the Colored Angora Goat Breeders Association was set up to promote breeding of colored Angoras.Now Angora goats produce white, black (deep black to greys and silver), red (the color fades significantly as the goat gets older), and brownish fiber. 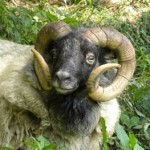 Shetland Sheep – A small, fine-woolled breed of sheep originating in the Shetland Isles, but now also kept in many other parts of the world. It is one of the Northern European short-tailed sheep group, and is closely related to the extinct Scottish Dunface. Shetlands are classed as a landrace or “unimproved” breed. This breed is kept for its very fine wool, for meat, and for conservation grazing.

Although Shetlands are small and slow-growing compared to commercial breeds, they are hardy, thrifty, easy lambers, adaptable and long-lived. The Shetland breed has survived for centuries in difficult conditions and on a poor diet so they thrive in better conditions. Shetlands retain many of their primitive survival instincts so they are easier to care for than many modern breeds. 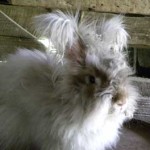 Angora Rabbit – The most important aspect of spinning Angora Rabbit fiber is harvesting the wool. The finished product will only be as good as the quality of the fiber from which it is spun. French and English Angora rabbits “blow their coats” (or shed or molt) about every third month. This means that the hair just about falls out into your hand with a gentle tug. Typically, English and French Angoras produce 2-3 ounces of premium rabbit fiber every third month. The rest is not 1st quality wool and there is only an ounce or so of that. If for example, the rabbit molts in January, April, July, and October, one can expect to harvest 8- 12 ounces of premium wool a year from a rabbit 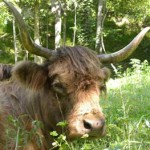 Scottish Highlands Cattle – The Highland breed has lived for centuries in the rugged remote Scottish Highlands. The extremely harsh conditions created a process of natural selection, where only the fittest and most adaptable animals survived to carry on the breed.

Originally there were two distinct classes; the slightly smaller and usually black Kyloe, whose primary domain was the islands off the west coast of northern Scotland. The other was a larger animal, generally reddish in color, whose territory was the remote Highlands of Scotland. Today both of these strains are regarded as one breed – Highland. In addition to red and black, yellow, dun, white, brindle and silver are also considered traditional colors. 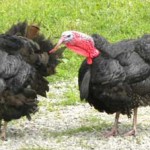